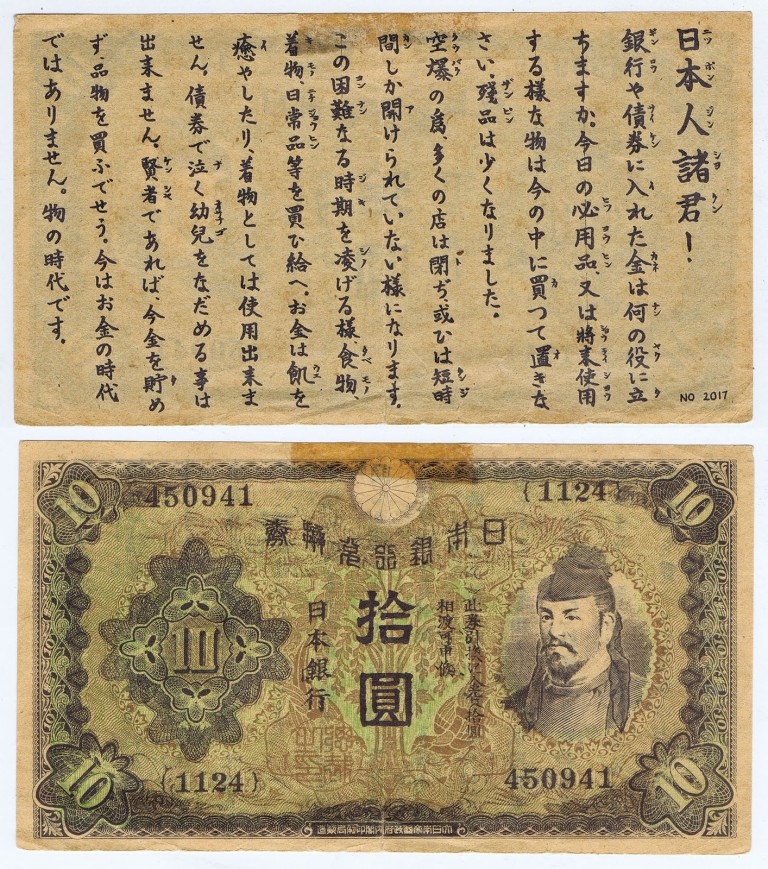 According to The United States Office of War Information this leaflet Code 2017 was released to:

To disrupt the civilian economy in Japan by encouraging demand for commodities in excess of the supply. Skepticism regarding the worth of Japanese war bonds is known to exist in Japan.

This fact is used to encourage the purchase of supplies and the resulting disruption of the civilian economy.

And the English translation of Code 2017 says:

What good is money in the bank or in bonds? Buy articles you need now and buy articles for future use. The remaining supply is low. As a result of the bombing by America, many of your stores will close their doors while others will be open only for limited periods.Buy food, clothing, and other necessities to tide you over these periods.

Money will not satisfy your hunger or clothe you. Bonds will not satisfy a baby’s cry. A wise person would buy now, not save his money. The present is not a time for money. It is a period for goods.