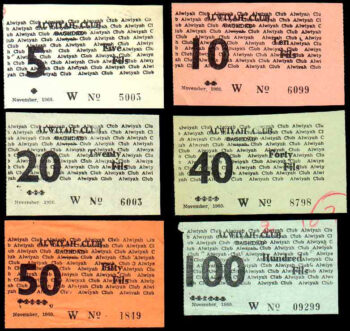 Alwiyah was the first social club in Iraq, having been established by Gertrude Bell, born in 1868 into one of Britain’s wealthiest families. After university at Oxford she went on to deny her life of privilege, opting instead for one of study & exploration. She was inspired by a trip to Jerusalem at the turn of the century and then began extensive travels into the deserts of Arabia, which lasted until the beginning of World War I when she was recruited as a spy for the British Intelligence service in Baghdad.

In exchange for Iraqi help against the Germans and Ottoman Empire during the war, the British promised independence, but later reneged, inducing the oil rich nation to become a British mandate.

After the war, she stayed on in Iraq as a British liaison, in charge of many projects, such as drawing up the borders of the modern nation, much to the regret of the Kurds. In 1921 the Kingdom was established under Emir Faisal ibn Hussain (brother of the ruler of Jordan, Abdallah the Hashemite) and she began the Alwiyah Social Club, which became the main ‘watering hole’ of the elite of the middle east.

Here is a set of 6 chits from this Alwiyah club, from a period at the most important time in the life of Saddam Hussein. In 1959, while still in secondary school he led the assassination attempt against Prime Minister Abdul Karim Qassim and was shot by his bodyguards. And in the following year Saddam was sentenced to death for his crime.