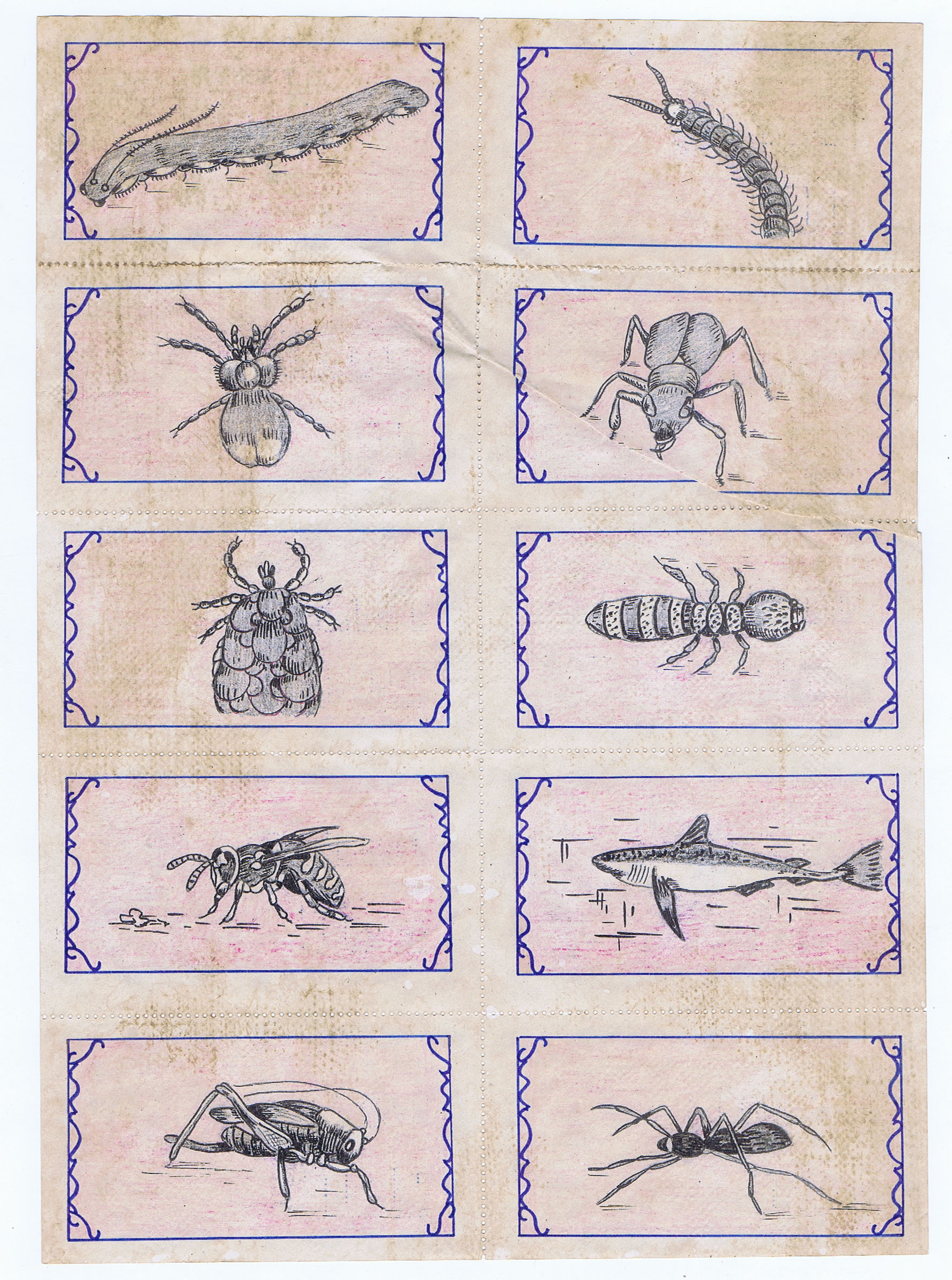 During the Spanish Civil War (1936-1939), each side of the conflict created ration coupons for the people living in areas under their control – the Anarchists, for example abolished the use of traditional money and used only coupons. At the end of the Spanish Civil War, the practice of issuing ration coupons continued into the World War II era. Presented here are several full uncut sheets, from different locales, denominated in various face value amounts and showing different critters. The animals shown had no relation to the coupon – So, one that depicts a shark, was not for shark meat. These are mostly in nice condition with some possible dirt, or handling with light folding. Each sheet measures approximately 8 1/4 x 11 1/2 inches and is comprised of 10 perforated coupons.