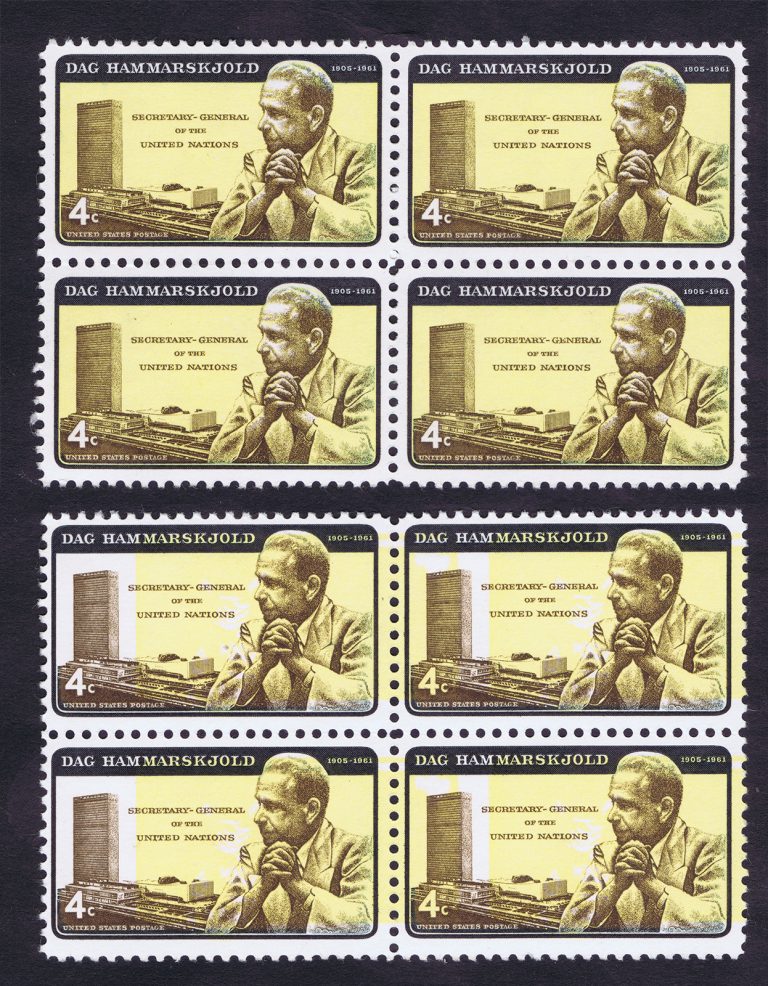 US GOVERNMENT COVER-UP with an ERROR MADE POSTAGE STAMP

The world’s most renown peace maker, Swedish born Dag Hammarskjold was on his way to southern Africa peace negotiations when his plane went down; many, including President Truman believe he was assassinated.

A year after his death the US issued a stamp of commemoration, showing Hammarskjold, and the United Nations on a yellow background. Soon thereafter, a complete sheet of error stamps was discovered all with a band of white. As the Post Office did not wish to admit to their error, they reprinted some 40 million stamps with the inverted error color, as if to say ‘these stamps were issued both ways full yellow and part yellow styles). The reissued stamps were surrounded by a shroud of mystery, much like the plane crash in the prior year.