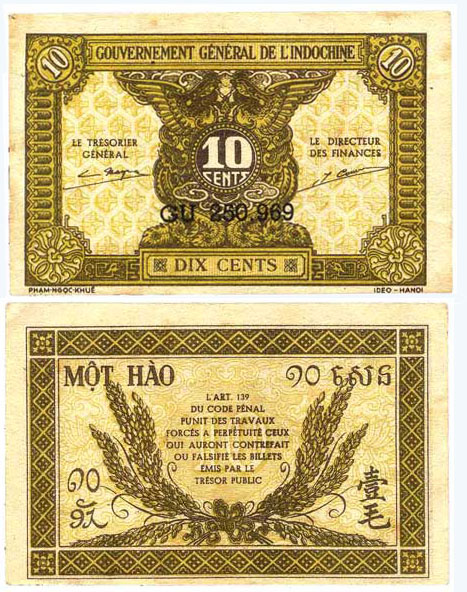 Although the Japanese made strong inroads for the northern portions of French Indo China (bordering China), they pretty much stayed out of the South fearing too much conflict with the USA & the UK. At the prodding of Japan, Germany went to war with the Soviet Union in 1941 thus diverting attention away from Japanese controlled Manchuria (China). This opened the way for Japan to move nearly 150,000 soldiers into southern French Indo China for the invasion of the Dutch East indies. Naturally, the Japanese stayed in French Indo China until the end of the War. This 1942 issued note valued at Dix (10) Cents includes wording on the penal code to the effect that if you get caught counterfeiting this money – it’s punishable by force labor etc. Ugh.