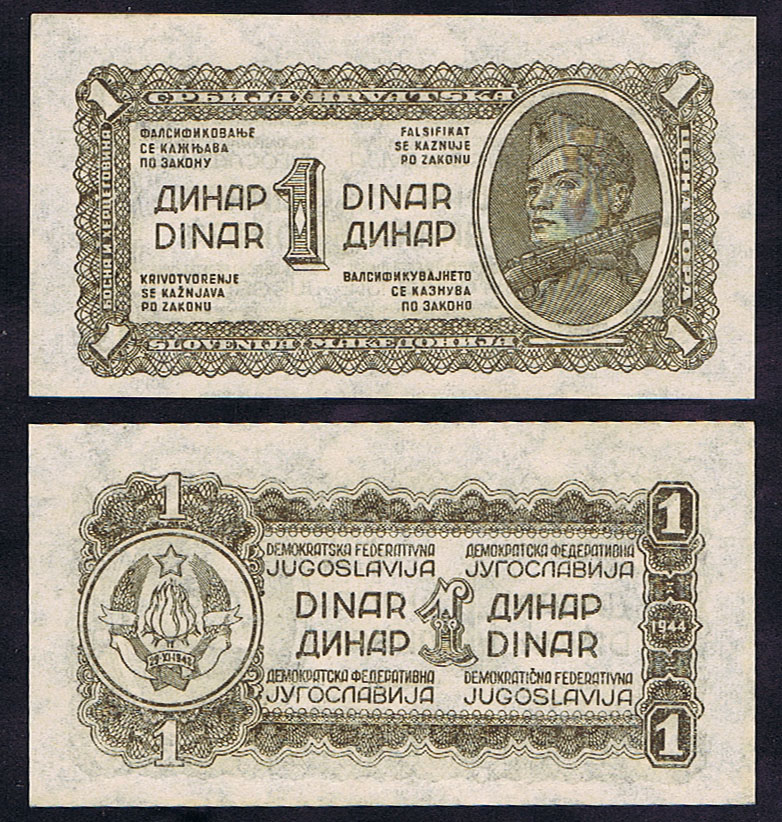 Yugoslavia was quickly overrun by the Nazis in April of 1941 and was partitioned between Germany, Italy, Hungary, Bulgaria etc. An anti-Axis movement was started by the Communist-led republican Yugoslav Partisans which grew to be the largest resistance army in occupied Europe, with nearly a million fighters under the command of Marshal Josip Broz Tito who with Allied help kicked the Germans out in 1944 when this One Dinar note was issued, showing a partisan soldier.